In Deploy, deployments are modeled using the Unified Deployment Model (UDM), which consists of:

UDM in the Deploy GUI

The Deploy GUI presents the main UDM concepts in the Deployment Workspace: 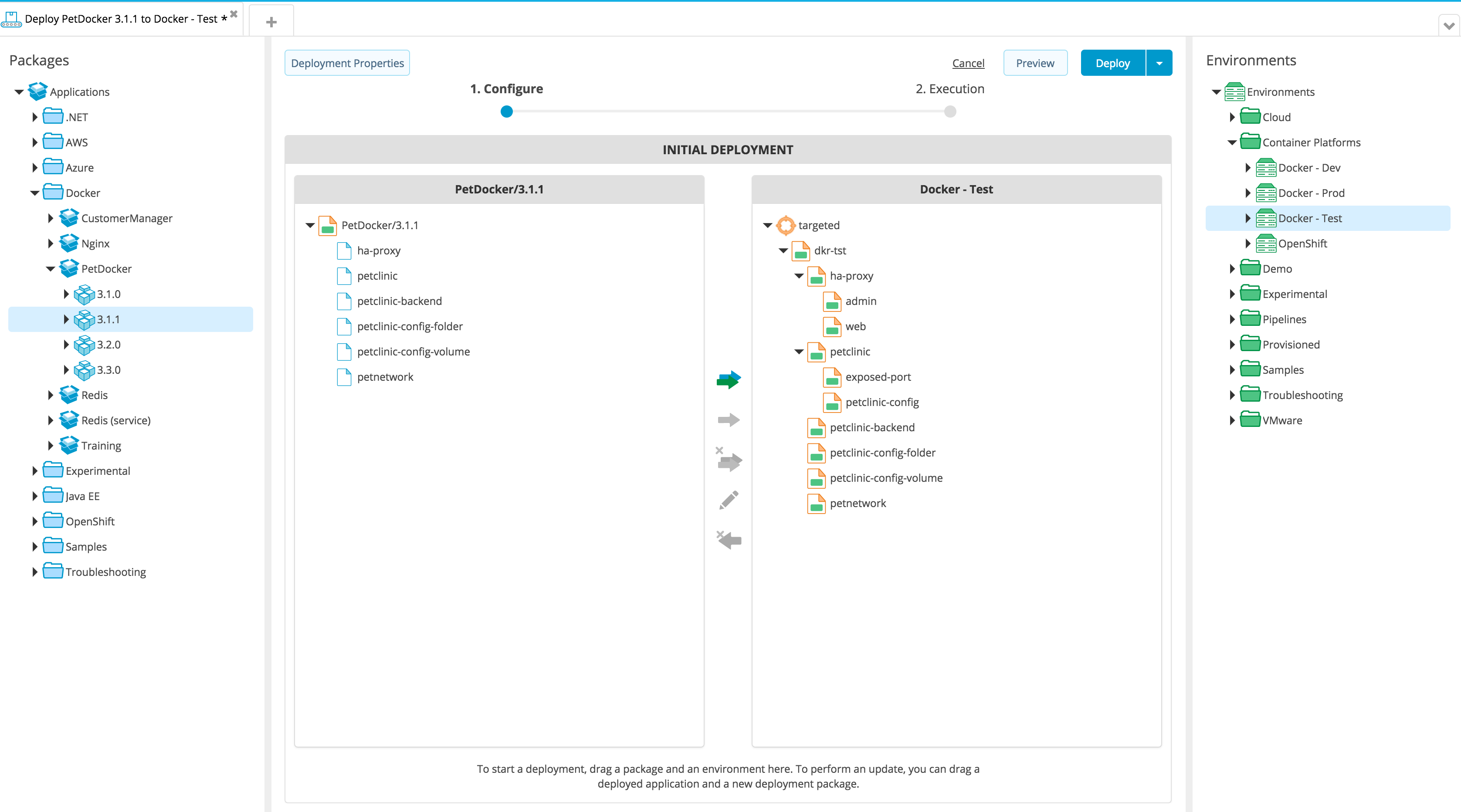 In the planning phase, Deploy uses the orchestrated deployment to determine the final plan. The plan contains the steps to deploy the application. A step is an individual action that is taken during execution. The plugins and rules determine which steps are added to the plan. The result is the plan that can be executed to perform the deployment. For more information, see Understanding the Deploy planning phase.

During execution of the plan, Deploy executes the steps. After all steps have been executed successfully, the application is deployed. 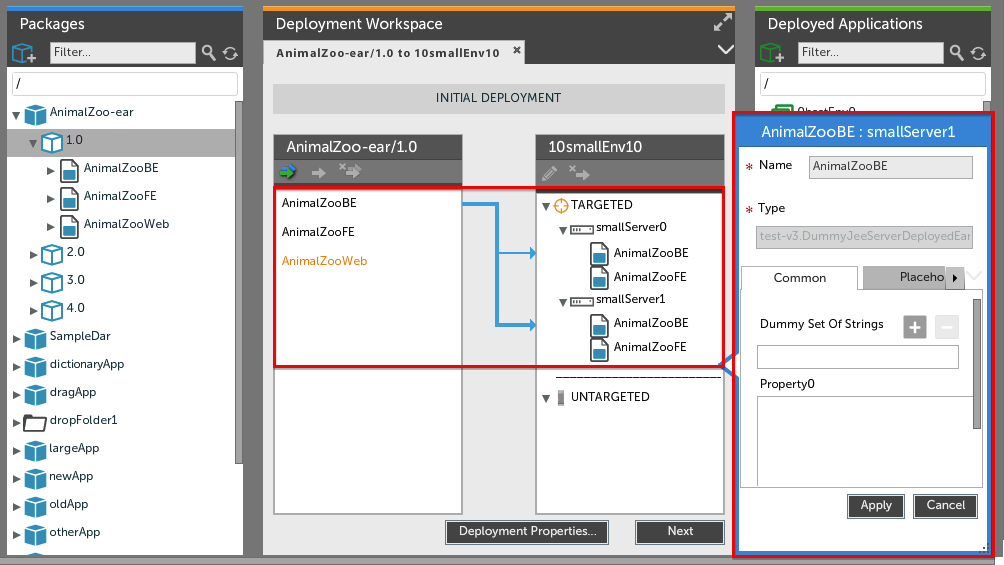 After a deployment is specified and configured using the concepts above (and the what, where and customizations are known), Deploy manages the how by preparing a list of steps that need to be executed to perform the actual deployment. Each step specifies one action to take, such as copying a file, modifying a configuration file, or restarting a server.