To access the Release release value stream dashboard, click Reports from the top menu and then click the Release value stream tab. Use the buttons at the top of the report to select a time period such as “Last 6 months” or a specific date range. Type a part of a release title or release tags in the Filter by title… and Add a tag… boxes. When you start typing the release tag name, the tag autocompletes from a database of a maximum of 500 tags. 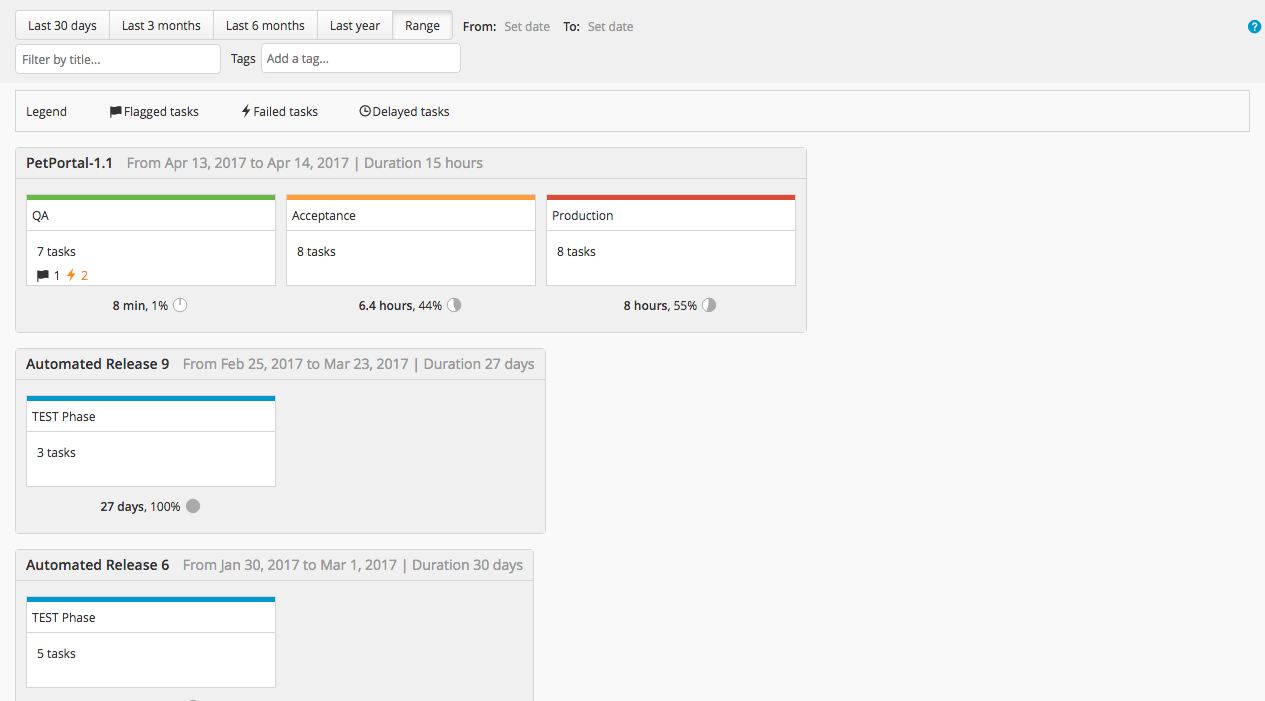 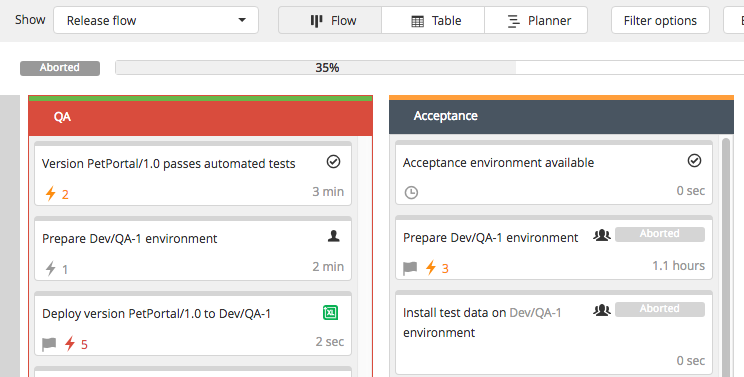