In an active release, tasks transition through different states. The following diagram shows the lifecycle of a task. 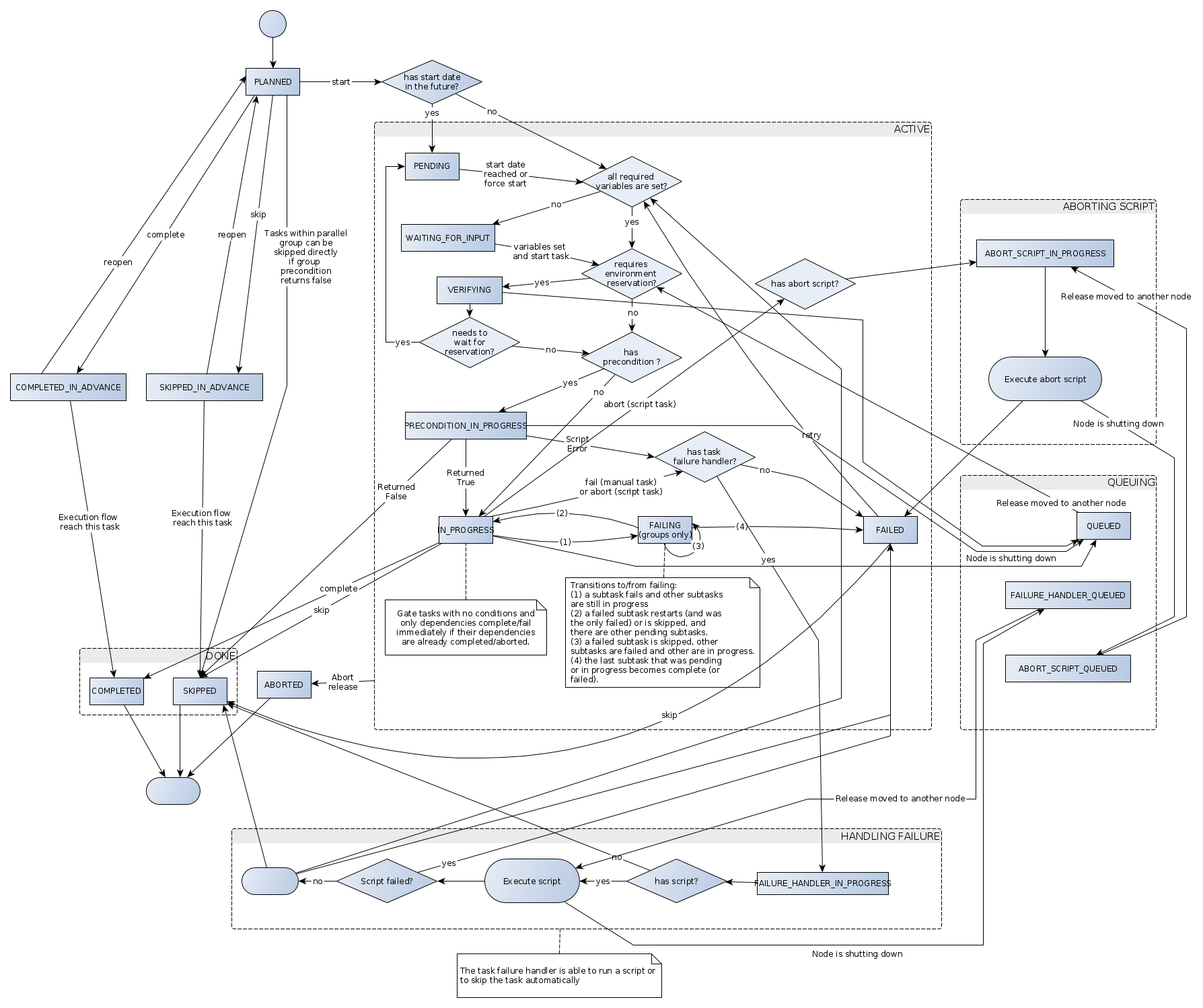 Tasks start in a planned state. In this state the tasks are not active yet. You can still edit all properties.

When the release flow reaches a task and it becomes active:

When all variables are set or the user starts the task, it is evaluated for a precondition. The next state depends on the result of the precondition script. If it evaluates to:

When you complete a task or when an automated task is performed without errors, the task enters the completed state. This is an end state that means that the task has completed successfully. The release flow continues with the next task in the flow.

You can also skip a task that was in progress or failed. The task goes into the skipped state. The skipped state is functionally equivalent to completed. The only difference is that it implies that no work was done on the task.

If a user fails a task or an automated task encounters an error, the task goes into the failed state, triggering a notification to the release owner. The task can then be either restarted (in progress state) or skipped if no more work will be done (skipped state).

The failing state only applies to a parallel group task that contains subtasks. It indicates that one of the subtasks is in a failed state, but that other tasks are still running.

Transitions to and from the failing state are: