Important: If a step executes for more than 6 hours, the step times out and changes the state to FAILED (see diagram below). You can configure this timeout in the xl block of the deploy-task.yaml file by setting a custom value for deploy.task.step.run-timeout. For more information, see Deploy Properties. 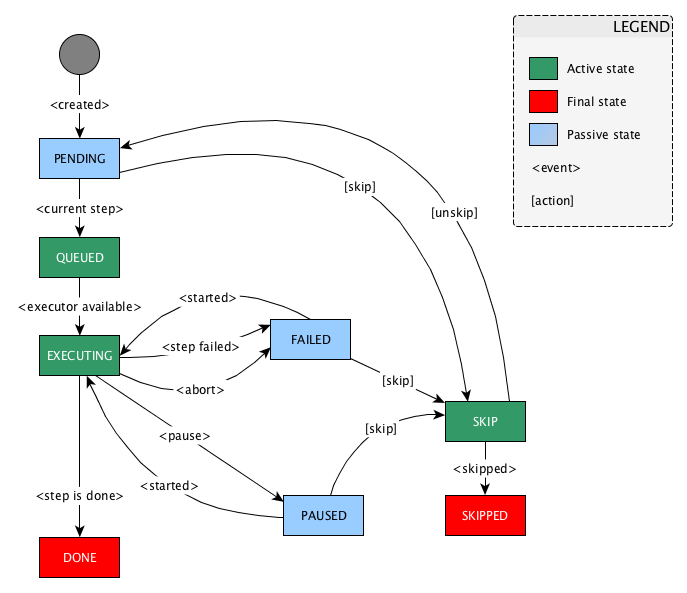 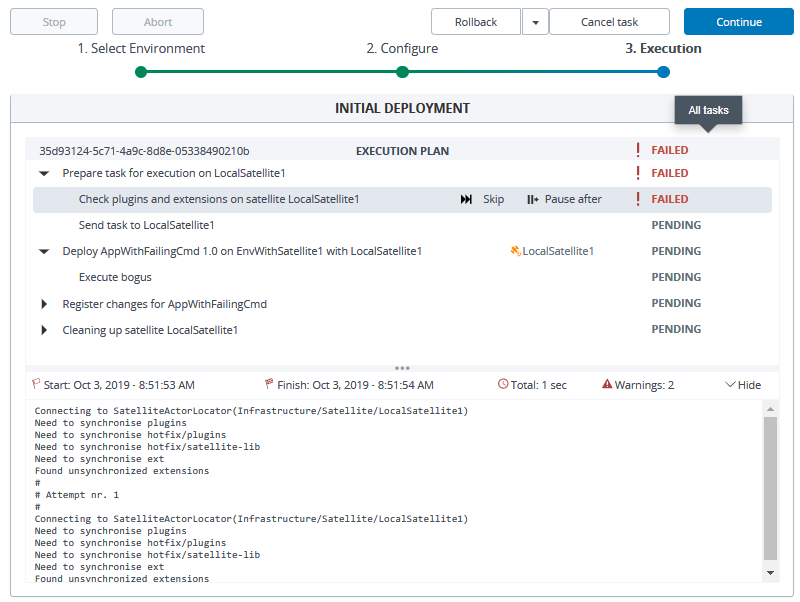 Once the Elastic Stack is in place, you can edit the deploy-task.yaml to identify the endpoint URL and configure an optional index name.