Handling failures is a key part of administering deployments. XL Release and XL Deploy offer key features to ensure that you can always reach a known state.

XL Release manages this by allowing you to define procedures to handle the situations you face regularly and interact appropriately with your deployment tooling.

XL Deploy maintains the state in your target environments and encourages you to create deployment packages in such a way that you can deploy any version to any target environment and let XL Deploy handle how it moves from one state to the next.

When a deployment fails, you have several options in the XL Deploy GUI:

The first two options (continuing the deployment and rolling it back) leave the system in a known state. The final two options require an administrator to ensure that the target environment is restored to the expected state.

To fully automate rollback behavior, the failure modes and desired state must be known. A tool such as XL Release can be set up to provide an automated route to a known state. Both the official XL Deploy plugin for XL Release that is part of the bundled plugins and the community supported XL Deploy community plugin for XL Release provide fine-grained control of deployment actions which cater for many failure scenarios.

The alternative is a “fix-forward” approach in which a subsequent release of the software is deployed successfully, taking the environment to an even later version of the application.

If a deployment failure is technical in nature and your deployment tool supports retry attempts, a retry can be performed. The XL Deploy plugin for XL Release can optionally retry a number of times to overcome transient errors (such as a network outage).

This example shows how the XL Deploy plugin for XL Release automatically rolls back a failed update of the PetPortal application from version 1.0 to version 2.2.

This is the configuration of the XL Deploy task in XL Release: 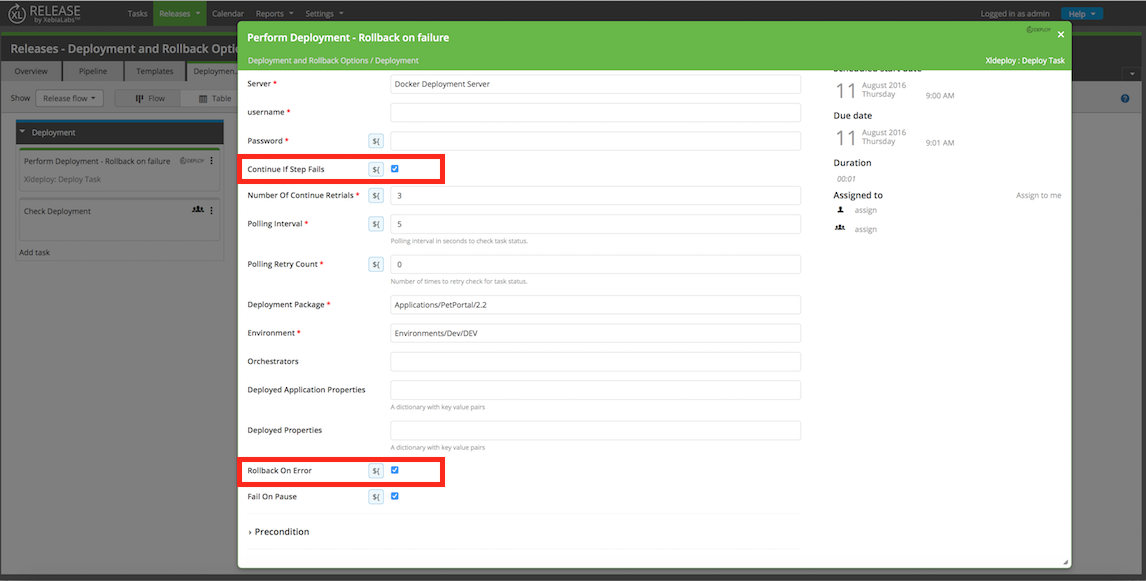 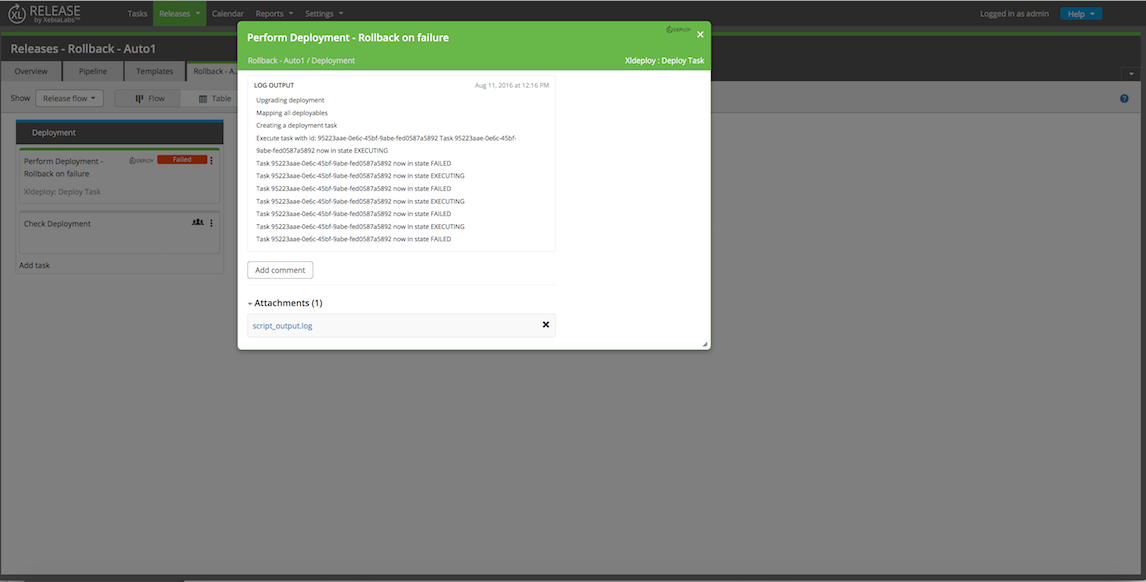 The script_output.log file attached to the task shows the following log messages:

This leaves the target environment in its original state, with PetPortal 1.0 deployed: 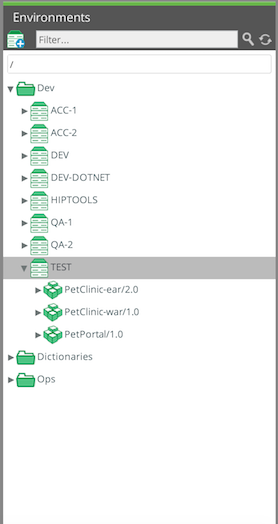 XL Release allows you to restart a phase in an active release. If there is a functional failure that must be corrected by a deployment of a different version of the application, you can do so by restarting the phase that contains the deployment task. This is the “fix-forward” approach.

For example, say PetPortal is upgraded from version 1.0 to version 2.2, but there is a functional failure that will be fixed by PetPortal 2.3. First, the deployment phase is restarted:

At this time, you can specify the new deployment package for PetPortal 2.3. The resulting deployment succeeds: