For data that may change or that is not known in advance, Release provides a placeholder mechanism called variables.

This topic shows and example of a template that deploys an application to a test environment and assigns testing to QA. When testing succeeds, Release sends an email notification. If the testing fails, it tries again with the next version of the application. 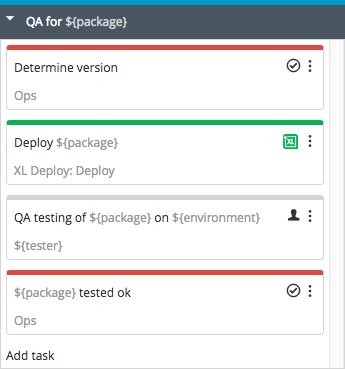 The variable ${package} is used in the phase title and in the titles of various tasks. This variable is also used to instruct Deploy to deploy this package: 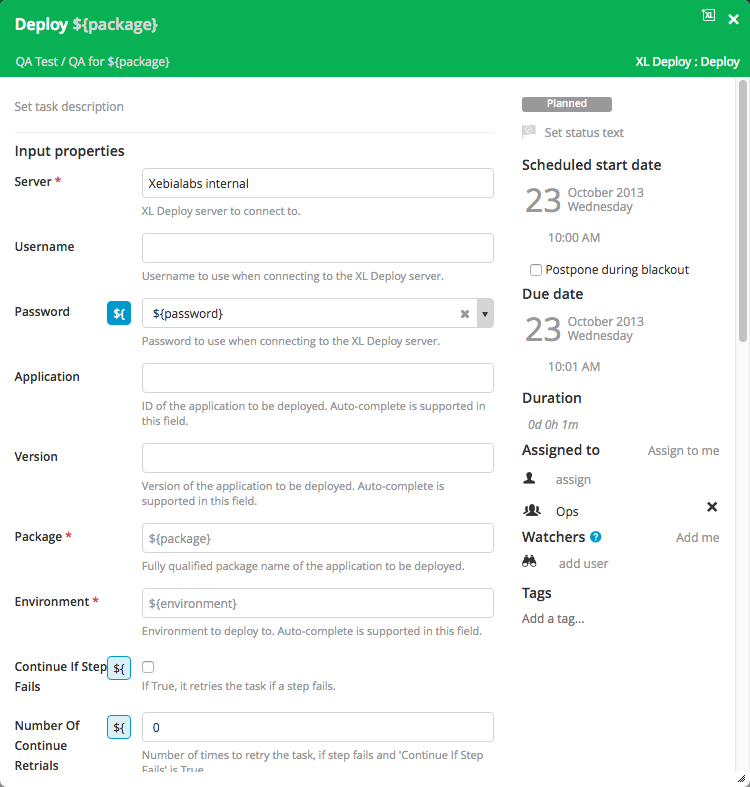 Click New Release to create a release from the template. Release scans the template for variables and asks the user to provide values for all of them. 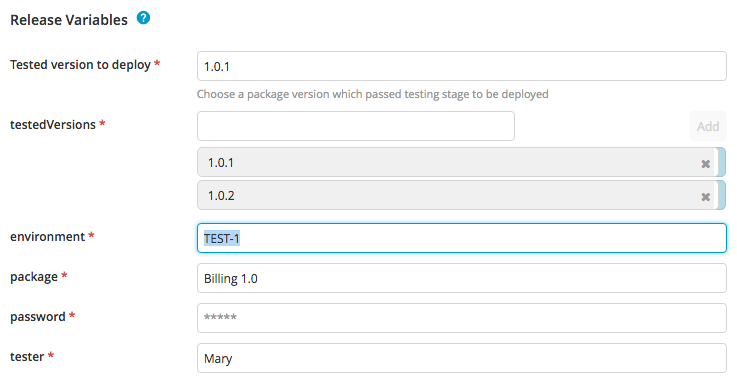 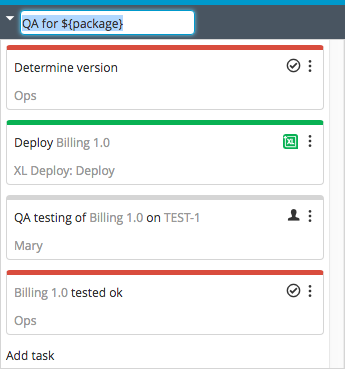 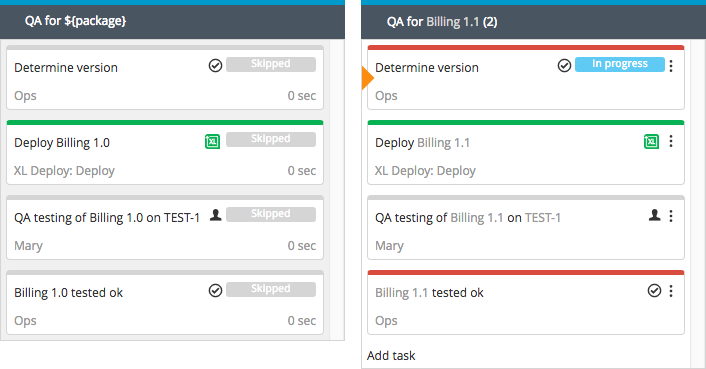