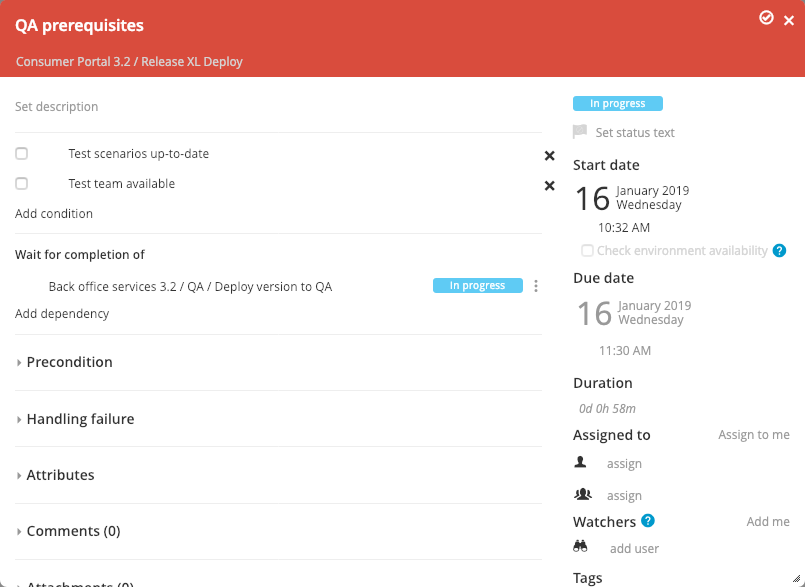 Checkboxes must be completed by users who are involved in the release. When a Gate task is active, it can only be completed after all of its checkboxes have been ticked indicating that the conditions are met. As of 9.7.0, the Gate task will be completed automatically when the conditions are met. This setting is enabled by default, running every 10 minutes and completing the task if the gate task has been executing longer than the graceDuration (5 minutes default).

Note: You can tweak the graceDuration as per your requirement, and have the gate task autocomplete after a desired amount of time.

You can add the configuration shown below to your xl-release.conf file, to disable this feature and have the gate tasks revert to their old behaviour.