Restart a phase in an active release

In an active release, you can abort the current phase and restart the execution from any past phase. This can be required if some parts of the release procedure must be repeated. For example, QA rejects a version of the application for release and the test phase must be repeated with an updated version.

When you restart the release from a previous phase:

The release owner can change variable values and task details before reinitiating the release flow.

Note: When you select Latest for the version of the phase, it will use versions of tasks before they were first executed. So, if the task fails and you modify the task after that, your changes will not be included in the restarted phase.

This is an example of how restarting a phase works in practice. Suppose you have a release with three phases: QA, UAT, and Production. 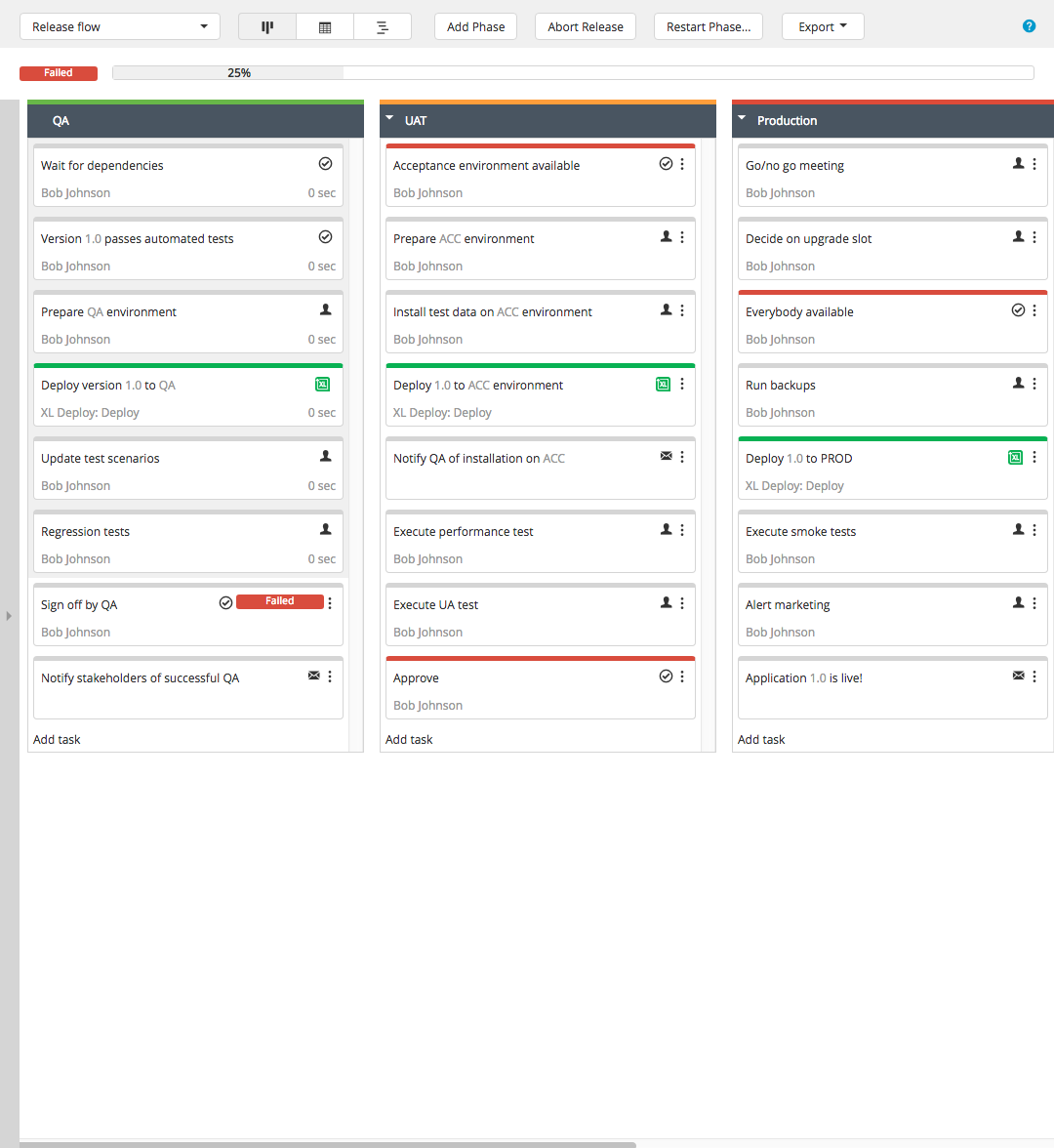 The QA phase was started with version 1.0 of the product, but bugs were found and QA could not sign off. So the Sign off by QA task failed. The Dev team is notified and produces a fix: version 1.0.1. You can now start the QA phase again for version 1.0.1.

To restart the phase:

Release creates a phase called QA (2). You can still modify its content. For example, suppose that the task Update test scenarios is no longer relevant; you can remove it. 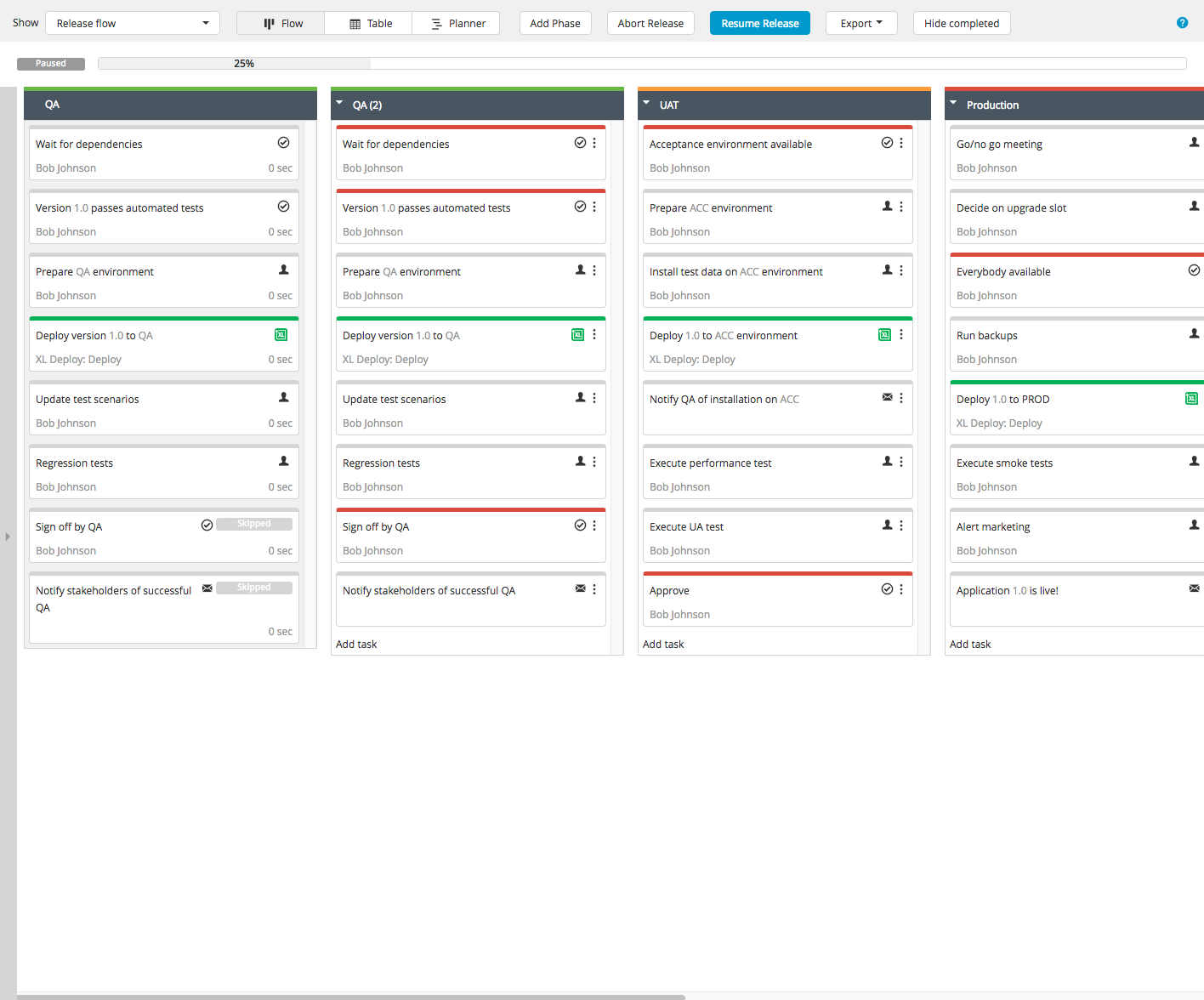