The Master-Worker setup enables you to scale Deploy by adding multiple workers connected to a master to execute more tasks from Digital.ai Deploy. In Deploy 9.0.x, the task is created on the master instance and sent to a worker to be executed. A worker can have multiple tasks assigned to the execution queue. Whereas from 9.5.0 onwards, tasks are sent to a shared JMS queue, where they get picked up by any of the workers (for more information, see Configure task queueing). In any version, each task can be assigned to only one worker.

The worker is a task executor that is running in a different Java process from the Deploy master process. To start a worker, it must have an identical classpath with the master. Specifically, the folder structure, contents, and plugins must be identical and it must use the same database. Workers will not be available for execution of new tasks from the Master if their plugins differ. See also Changing configuration of masters and workers.

Master and workers in one folder location (Deprecated)

Note: From Deploy 22.0, this configuration is no longer supported. 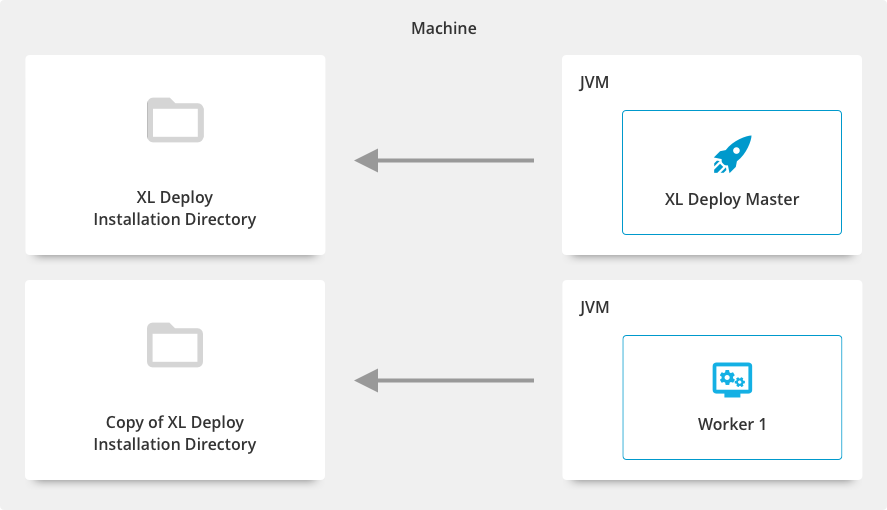 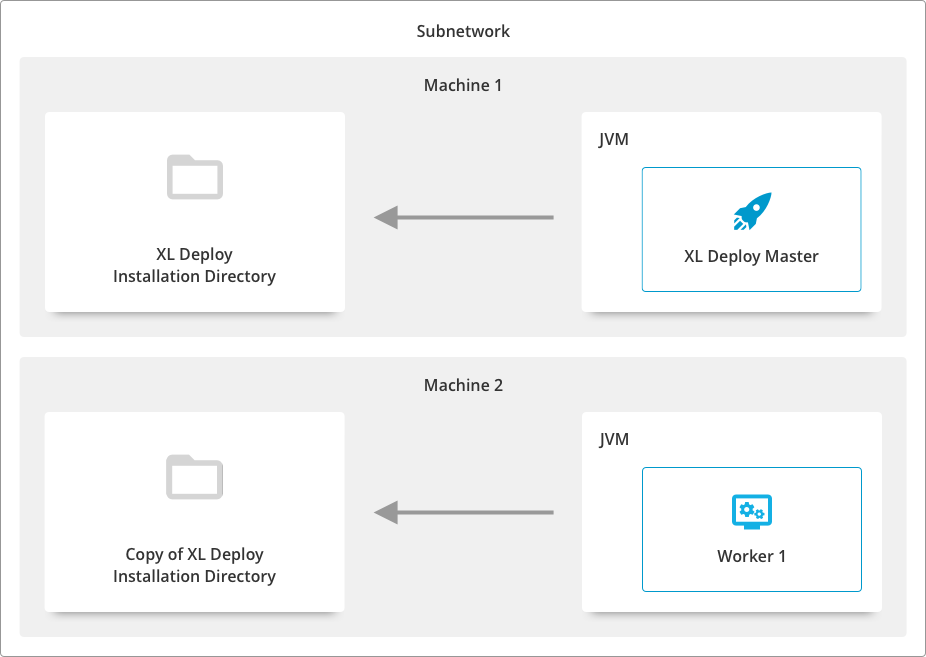 When you perform a deployment, the deployment mapping and the planning are created on the master instance. The control task or deployment task is sent to a worker which then executes the steps of the plan. In Deploy 9.0.x, each task from the master is assigned directly to a single worker. The Deploy master uses a round-robin task scheduling method to assign tasks to workers. The method consist of assigning tasks one by one, to each worker in the list having the same configuration and plugins as the master itself. As of Deploy 9.5.0, tasks are put onto a shared JMS 2.0 queue, and workers pick up tasks from that queue as they have capacity. For more information, see Configure task queueing.