The Digital.ai Release upgrade process you use depends on the version from which you are upgrading, and the version to which you want to go.

Live Status of Deployed Applications is a feature in Tech Preview—released in Digital.ai Release 22.3—enabled by default. You can disable this feature from the Feature flags section in System settings. 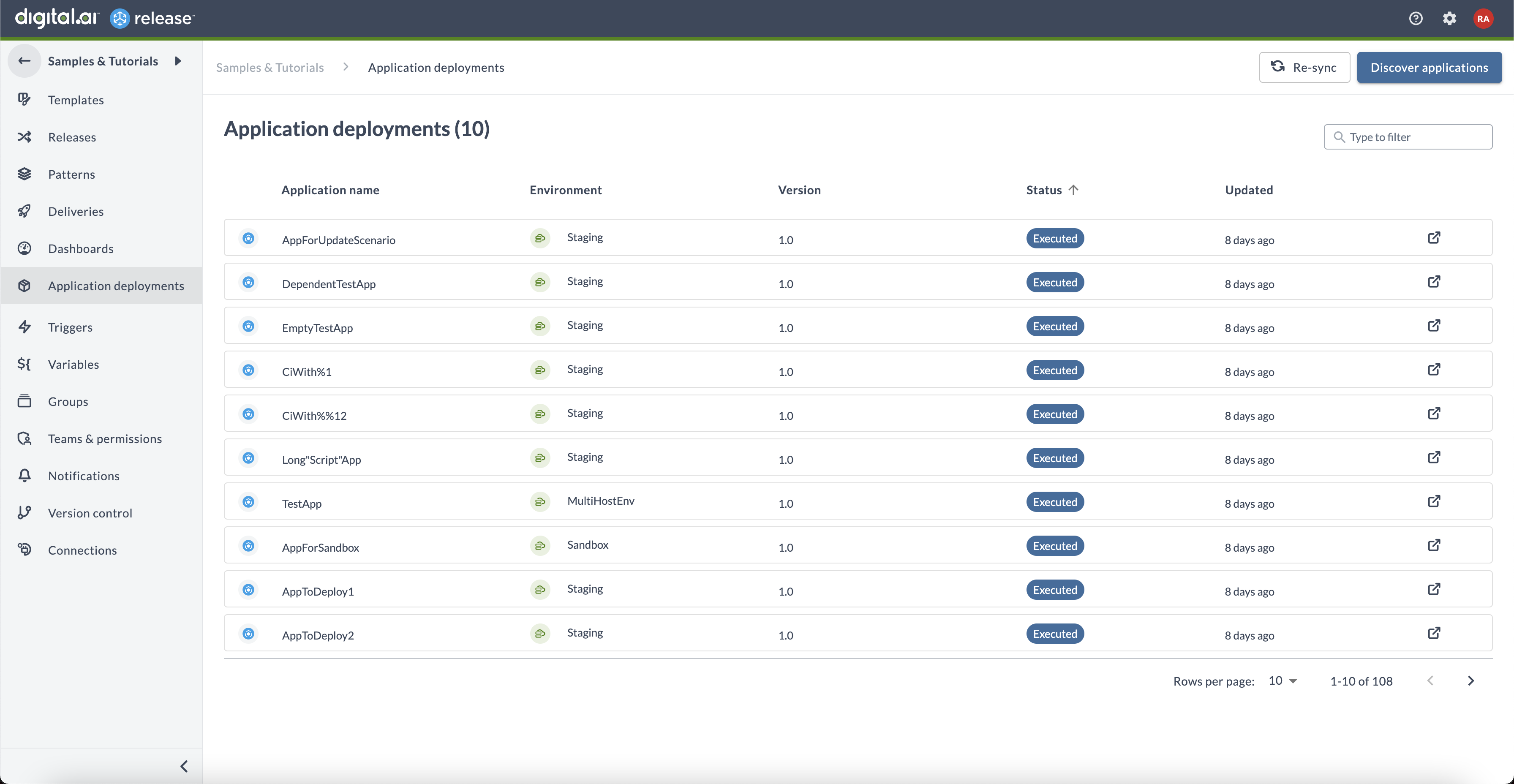 Once you have this integration in place, all you would be doing is starting a new release—Canary or Blue-Green—whenever you have a new image to deploy. 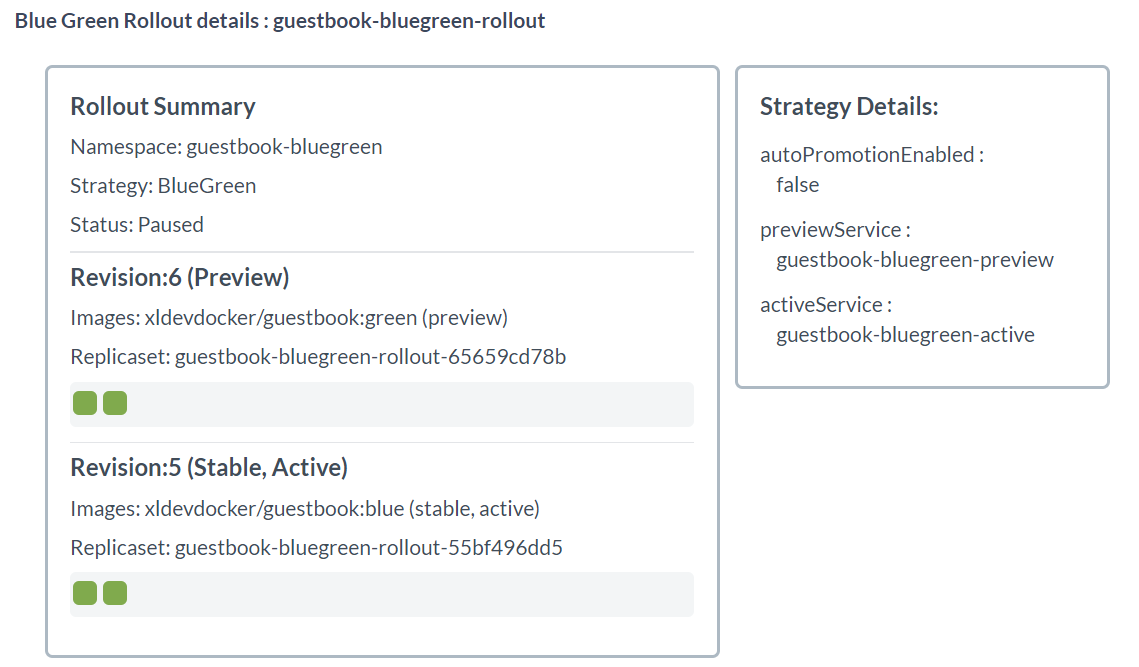 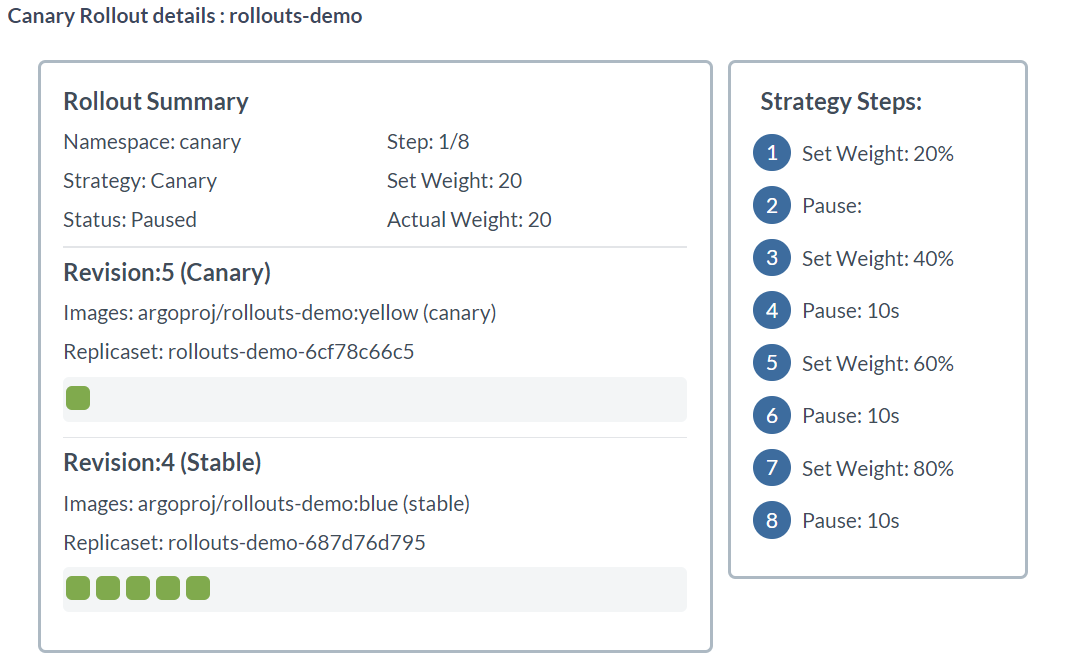 With Digital.ai Release 22.3, you can now launch Release in a special mode called the Maintenance mode. The primary use is to start Release in maintenance mode for post-upgrade smoke testing and clean-up activities.

With Digital.ai Release 22.3, the Restart phase drop-down option is added in Failure Handler to restart the latest version of the current phase. 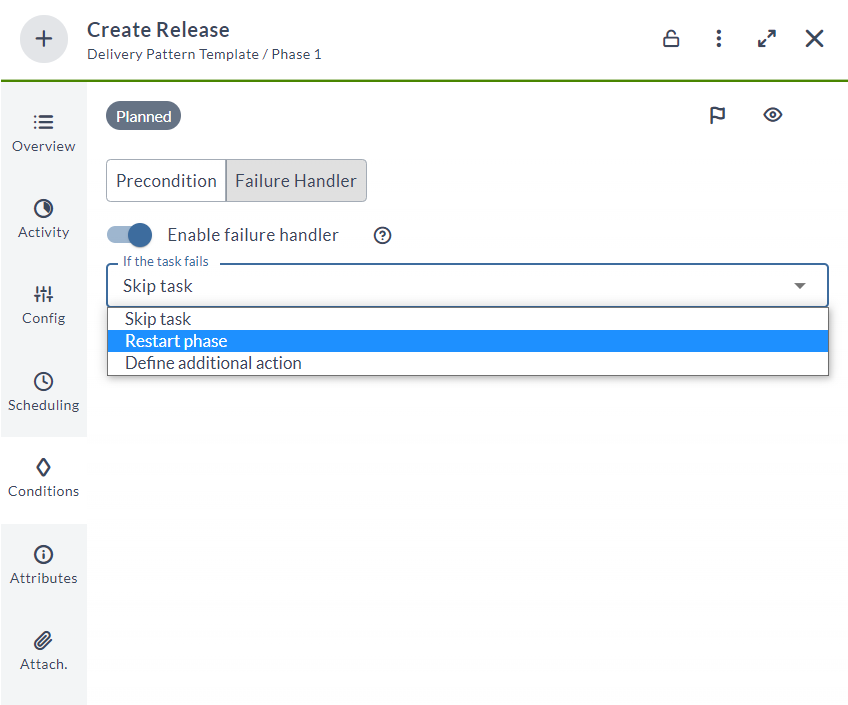 If the task fails, phase will be restarted based on the latest version of the current phase and release will be automatically resumed.

With Digital.ai Release 22.3, a warning dialog box is displayed to indicate reference templates and releases when deleting shared connections.

With Digital.ai Release 22.3, you can update the database credentials in real time without having to restart the server.

With version 22.3 of Digital.ai, some statistics are sent to Pendo for analysis that helps us proactively conduct health checks and speed up troubleshooting.

Digital.ai Release 22.3 brings you an all new Operator-based installer to install or upgrade Release on Kubernetes clusters.

You no longer need:

You can install or upgrade Digital.ai Release on the following cloud platforms.

A new task called Execute Query is introduced. This is used to execute the query and return the output assets according to the status provided in the In Status List and Not In Status List fields.

The following security vulnerabilities to Jenkins plugin are fixed:

You will receive a valid error message if you do not have the necessary authorization.

A new task called Query Pipeline status is introduced. This task queries and returns the result when the pipeline reaches any of the following statuses: 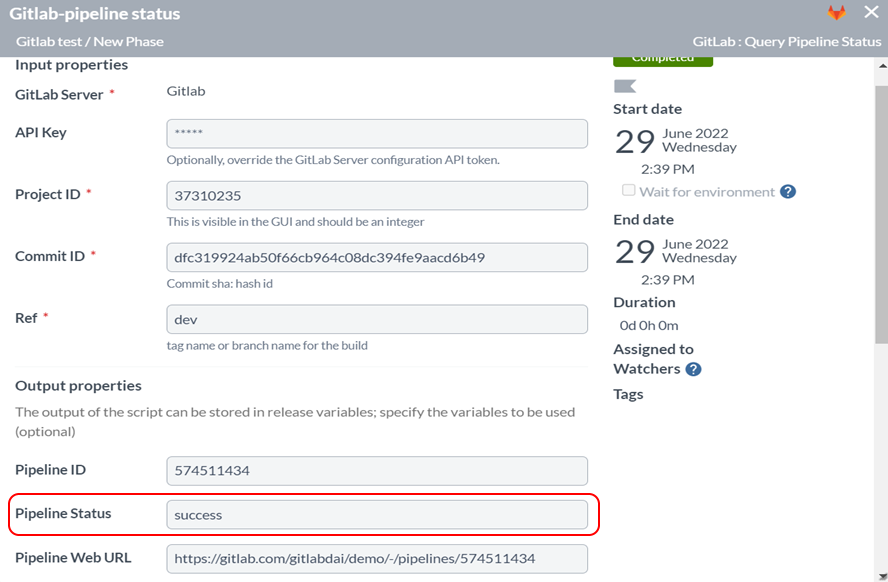 In addition, sorting parameters are added to the QueryTags task.

Enter the Kubeconfig file path in the Local Kubeconfig field and the Context drop-down list will list the clusters from the Kubernetes host to which it’s connected.

Deploy tasks in Digital.ai Release stays in Pending state when you use internal variables. This issue is now fixed.