The live-to-live comparison discovers CIs and then compares the discovery results. Example: When you compare two IBM WebSphere Cells, XL Deploy first recursively discovers the two Cells (Node Managers, Application Servers, Clusters, JMS Queues, and so on), and then compares each discovered item of first Cell to the corresponding discovered CI of the second Cell.

The selected CIs appear to the right of the selection list, with CIs listed in the order of selection. XL Deploy preserves the same order for showing the comparison report.

You can optionally enter custom names for each selected CI. XL Deploy uses these custom names in the comparison report, instead of the original CI names.

Repo-to-live comparison compares a repository state to the live state. Example: You can use this functionality to determine if a configuration was changed manually in the middleware without the changes being made in XL Deploy.

XL Deploy retrieves the CI topology (the CI and its children) from the repository, discovers the topology from its live state, and then compares the two topology trees. 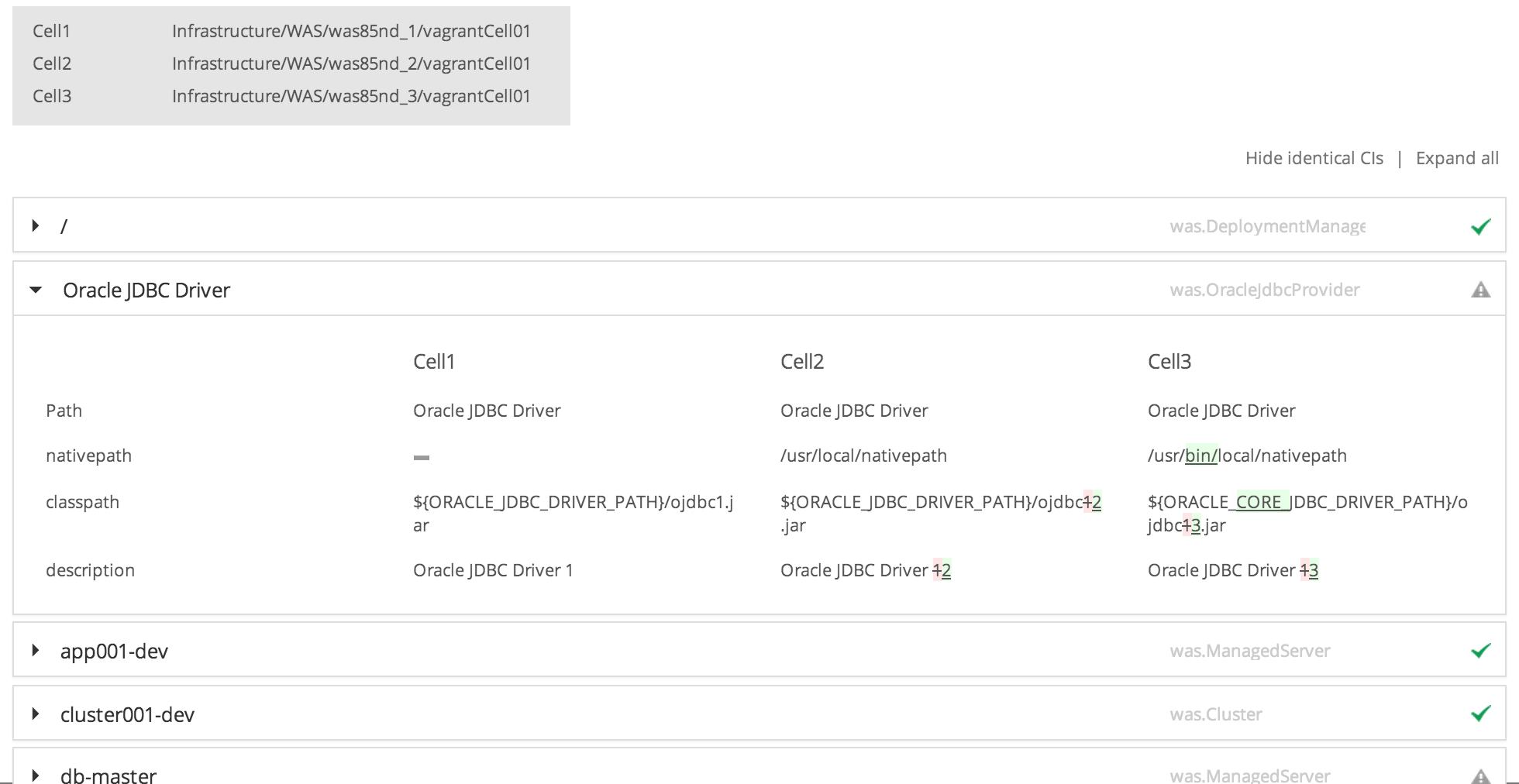