Release has the lock task feature. Lock tasks are mandatory. If a lock task occurs during a release, this task needs to be executed before the release can continue.

In an environment that is not highly regulated, and steps are open to interpretation, lock tasks ensure that mandatory activities are executed. In this case, you can give teams the freedom to compose their own pipeline and adjust it to their situation.

Locked tasks can be:

Lock tasks ensure your audit trail. If a team decides to skip certain activities, limited evidence is stored in activity logs. This can result in bad auditing results. By locking tasks you ensure that they are executed and also that evidence, along with task details, and signee information, is stored in the evidence database.

Grant lock permission to user or a team

Lock permission is role based and must be added to a user or team before they can lock or unlock tasks. We recommend that this role is given to users who create release pipelines, or specific compliance people.

Important: Before adding lock tasks, specify, design, and test your complete pipeline. Adding locks before the pipeline is designed and tested will make the design process complex. 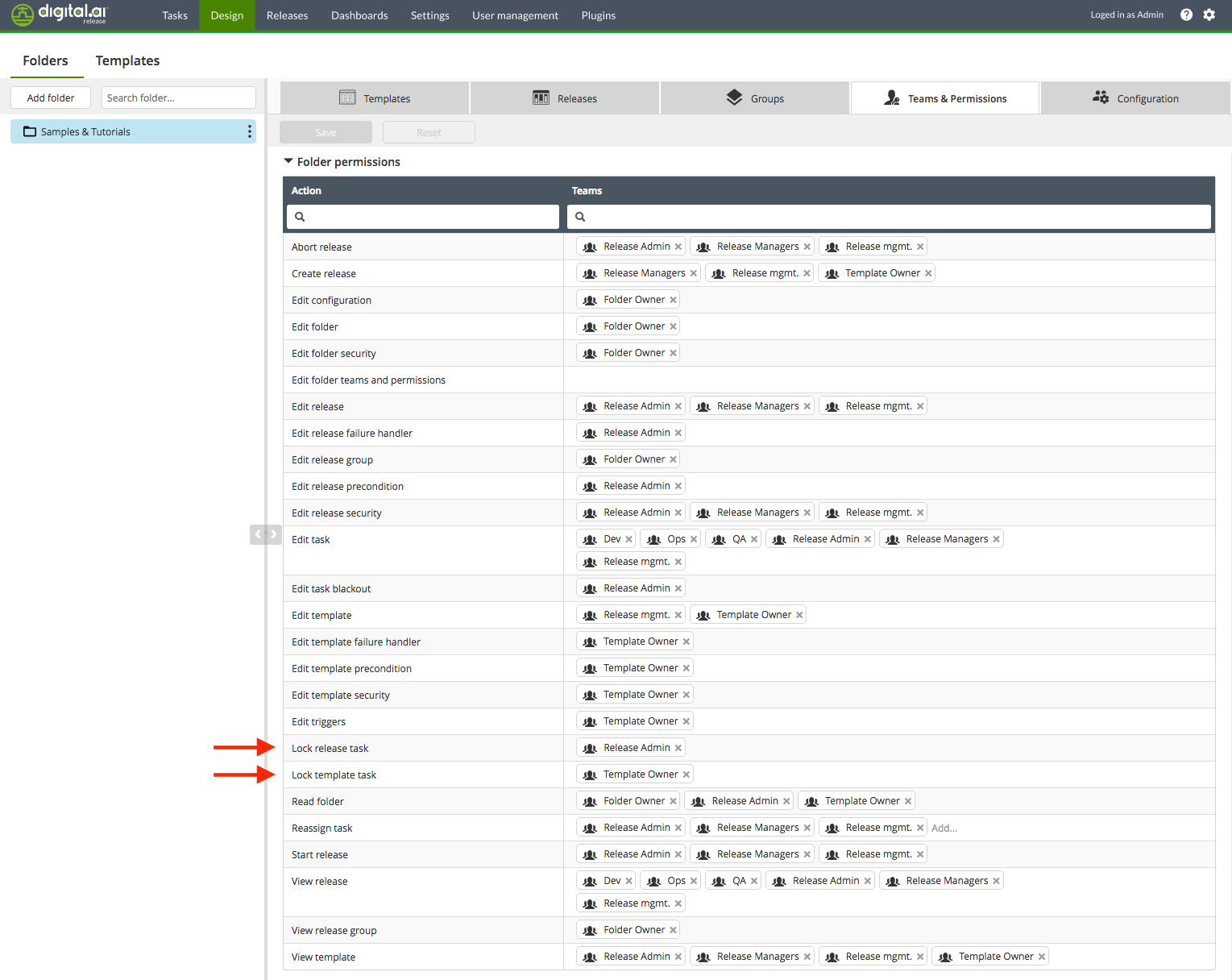 Add a lock to task

When a task is locked, a lock is displayed on the left side of the task and the task appears striped.

Remove a lock from a tasks

The following section defines what actions are available when a task is locked.

When a task is locked, the following actions are available:

When a task is locked, the following actions are not available: