This topic describes how to configure the Jira XL Release plugin.

The Jira XL Release plugin is used to start releases from Jira work flows. The plugin provides a transition post function for this purpose. 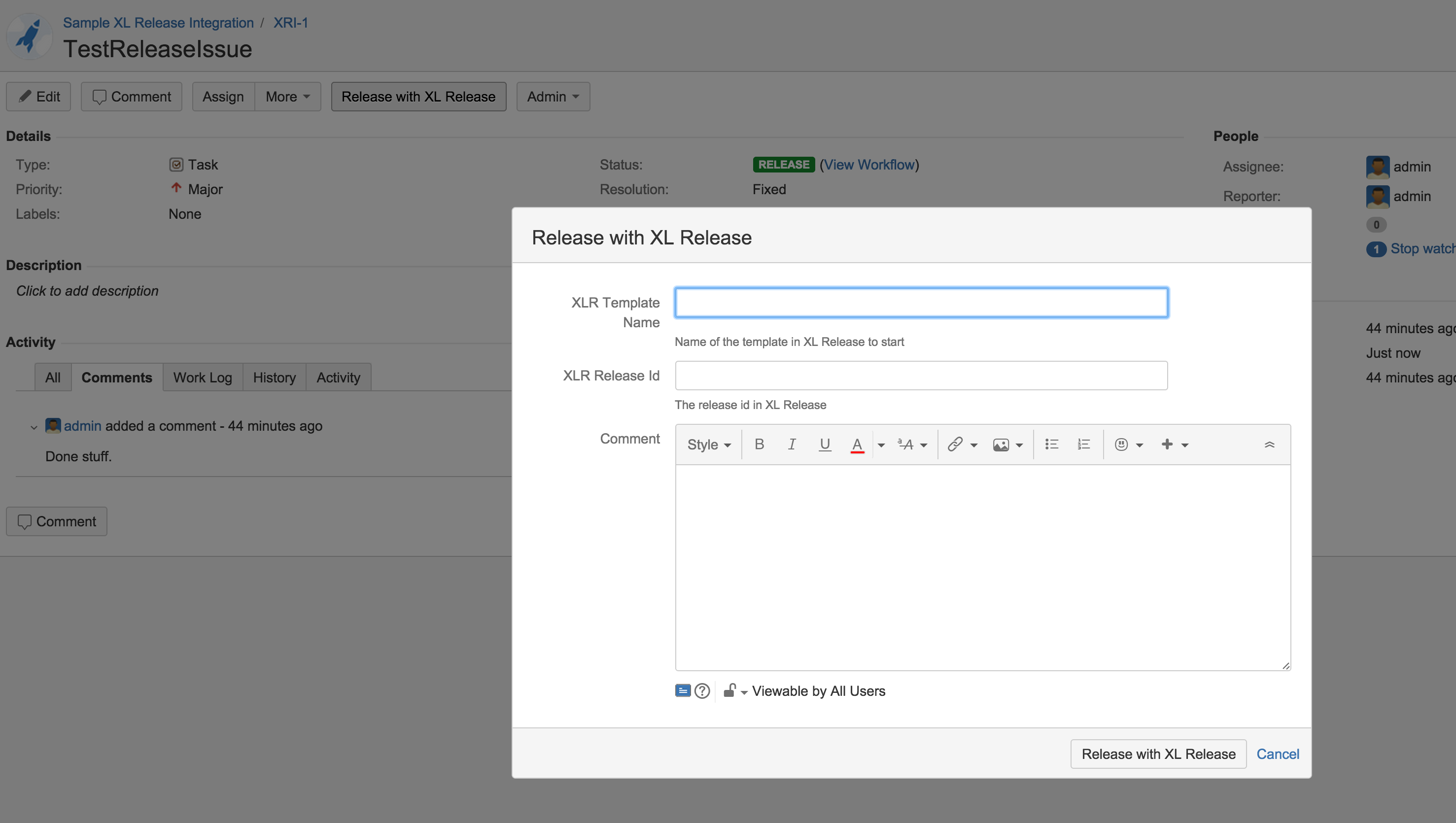 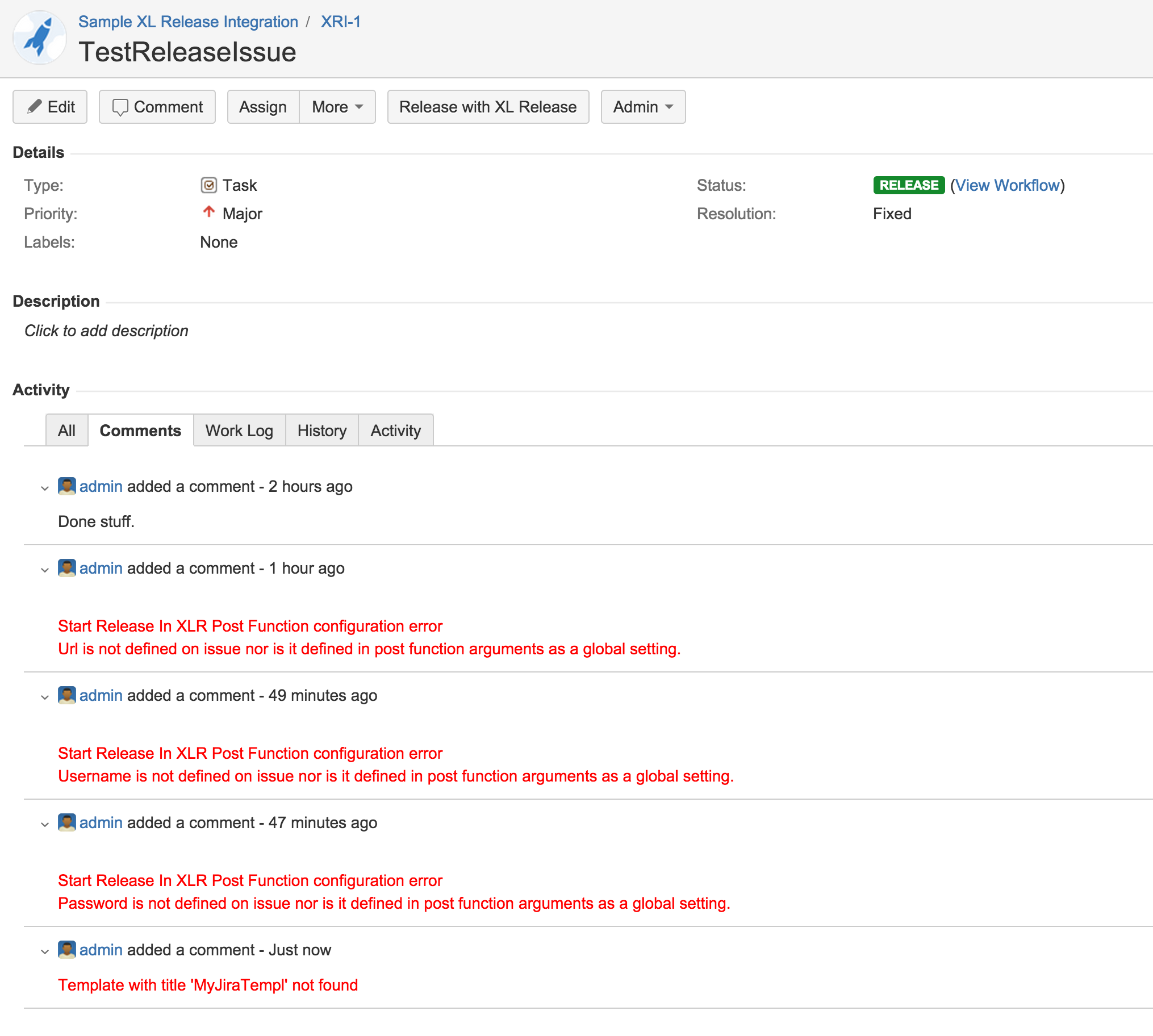