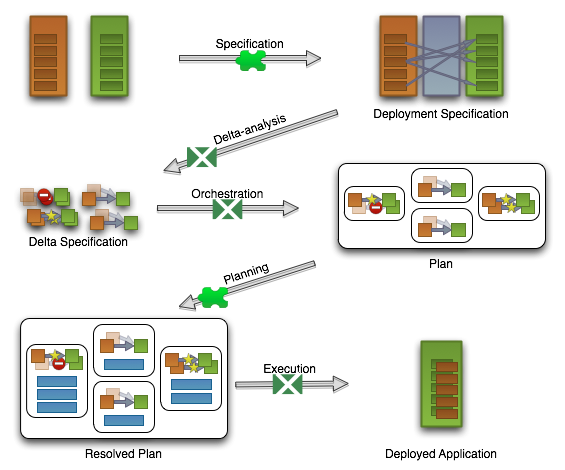 Configuration of deployed CIs is handled in the Deploy core. You perform this task either using the GUI or the CLI. A Deploy plugin can influence this process by providing default values for its properties.