Important: This topic describes using a CI tool plugin to interact with Deploy. However, as a preferred alternative starting with version 9.0, you can utilize a wrapper script to bootstrap XL CLI commands on your Unix or Windows-based Continuous Integration (CI) servers without having to install the XL CLI executable itself. The script is stored with your project YAML files and you can execute XL CLI commands from within your CI tool scripts. For details, see the following topics:

The Deploy Azure plugin enables Deploy to work with the Microsoft Azure cloud computing service. You can provision Virtual Machines, Containers, and deploy FunctionApp and WebApp from Deploy.

Features of the Deploy Azure plugin

This is a diagram representing all the resource types Deploy Azure plugin supports and their dependencies: 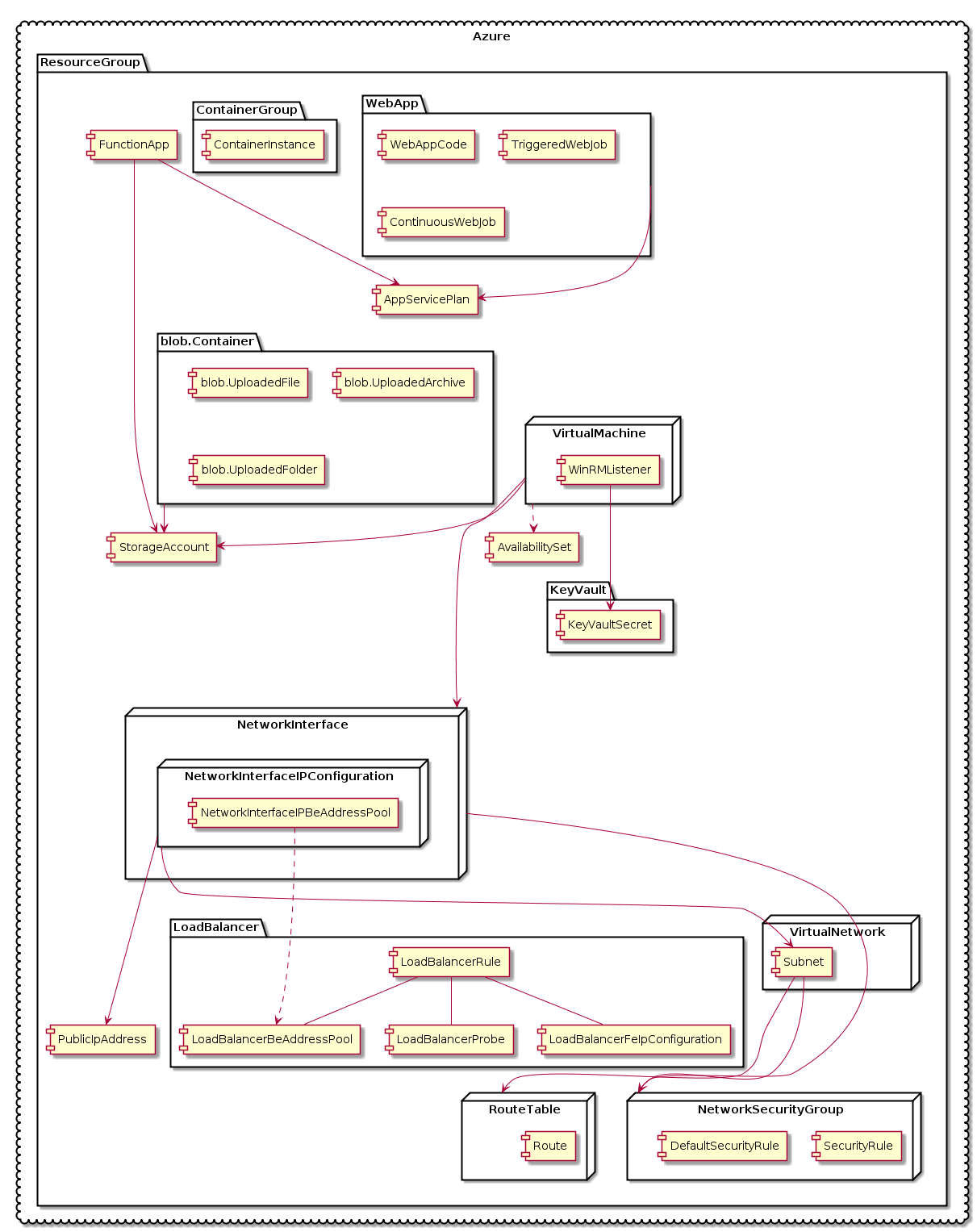 For more information on the blueprints, see Deploy/Release Blueprints. This tutorial will help you to for deploy resources to Azure using ARM templates: Deploy to Azure with using the ARM template blueprint.